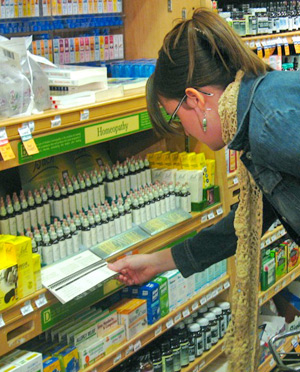 Flower essence remedies are totally safe and can be used in conjunction with all forms of medication and therapies.

By taking these flower essence remedies, our animals’ energy patterns are rebalanced and they become emotionally calm and feel released from stress, anxiety, and fears.

Flower essences are not directly used  for physical complaints, but for the patient’s apprehension, hopelessness, irritability, stress etc. These states of mind or moods not only hinder recovery of health and retard convalescense, but are generally accepted as primary causes emotional imbalances are the basis of many physical health problems. For example, after something stressful, such as illness, injury, accidents or falls, competition, abuse, or bad handling, your horse may develop congestion, lowered energy, and immunity from the chemical imbalances caused by the emotional stress.

Long-term fear or worry will deplete vitality and  lower immunity and resistance.  So flower essences help maintain animal fitness and health and healing  on all levels by keeping it emotionally balanced, calm and content. You can often see the results from these remedies within two days.

Flower essences have been a part of healing from ancient times. During the 1930s Dr Edward Bach, an English doctor desired to find a better way to help his patients. The Bach System consists of essences made from 38 different flowers. Each remedy has a specific action upon a certain mental attitude. There is a remedy or combination of remedies for any kind of mental/emotional disorder.

Beginning during the early 1980s, there was an explosion of new essences developing throughout the world. Today I use ones from the USA, Australia and New Zealand. As well as using hundreds of different flowers from many countries, essences are also made from gems and stars!

The flower/energy remedy can be made with with up to 5 essences blended together. The usual dose is four drops on the tongue up to 4 times daily. The dose does not increase with the size of the recipient — the dosage is the same for a kitten or a clydesdale! In critical situations the drops can be used every 5 minutes if necessary. A 25ml bottle contains at least 250 drops, so this is also a very economical form of healing as well as working wonderfully for all animals.

1. AGRIMONY: Those who suffer considerable inner worry which they try to hide behind a facade of cheerfullness. Often used as a remedy for alcoholism.

2. ASPEN: Apprehension – the feeling that something dreadful is going to happen without knowing why. Unexplainable anxiety, presentiments. Anxiety for no known reason.

3. BEECH: Critical and intolerant of others. Arrogant.

4. CENTAURY: Weakness of will; those who let themselves be exploited or imposed upon – become subservient; difficulty in saying “no”. Human doormat. Ideal for the timid or submissive horse, anxious to always please.

5. CERATO: Those who doubt their own judgment and intuition, seek advice of others, lack confidence in his/her ability. Often influenced and misguided.

7. CHESTNUT BUD: Refusal to learn by experience; continually repeating the same mistakes. For the inattentive horse or  a horse that is slow to catch on.

8. CHICORY: The overly-possesive, demands respect or attention (selfishness), likes others to conform to their standards. Makes martyr of oneself. Interferes and manipulates.

9. CLEMATIS: Indifferent, inattentive, daydreaming, absent-minded. Mental escapist from reality. For the rider that has difficulty focusing on the job at hand because they are dreaming of something else.

12. GENTIAN: Despondent. Easily discouraged and rejected. Skeptical, pessimistic. Depression, where the cause is known.

13. GORSE: Desperate, without hope: “Oh, what’s the use”. Defeatism. For a rider who may lose ambition and interest.

14. HEATHER: People who are obsessed with their own troubles and experiences. Talkative ‘bores’ – poor listeners.

15. HOLLY: For those who are jealous, envious, revengeful and suspicious. Those who hate.

16. HONEYSUCKLE: For those with nostalgia and who constantly dwell in the past. Home-sickness. Ideal for horses taken away on extended trips from home.

17. HORNBEAM: “Monday morning” feeling but once started, task usually fulfilled. Mentally tired. Procrastination. Will help to revitalise the rider between phases or classes.

19. LARCH: Despondency due to lack of self-confidence; expectation of failure, so fails to make the attempt. Feels inferior, yet has the ability. Great for the rider who lacks confidence and fears making a fool of themselves.

21. MUSTARD: “Dark cloud” of depression that descends for no known reason which can lift just as suddenly, making one downcast, saddened and low.

22. OAK: Brave determined types. Struggles on in illness and against adversity despite setbacks. Plodders, never resting.

23. OLIVE: Drained of energy – everything an effort. Physically fatigued.Ideal for the rider exhausted after a long day of competing, may be in tears of near collapse.

24. PINE: Feelings of guilt. Blames oneself for the mistakes of others. Feels unworthy. Over conscientious, sets high standards and then apologises if they do not succeed.

25. RED CHESTNUT: Excessive care of, and concern for, others, to the point of being intrusive, especially those held dear.

26. ROCK ROSE: Alarmed, panicky, full of trepidation. Great for the rider that gets panicky.

27. ROCK WATER: For those who are hard on themselves – often overwork. Rigid minded, self denying. Ascetic.

29. STAR OF BETHLEHEM: For all the effects of serious news, or fright following an accident, etc. For release from trauma, not matter how old it is. For the horse who shies easily.

30. SWEET CHESTNUT: Absolute dejection. Feels one has reached the limits for what one can stand.

31. VERVAIN: Over-enthusiasm, over effort; straining. Fanatical and highly strung. Incensed and frustrated by injustices. For the rider that is overbearing andargumentative with their horse or coach.

32. VINE: Dominating/inflexible/ambitious/tyrannical/autocratic. Arrogant pride. Considered to be good leaders. This rider is demands total unquestioning obedience from their horse, rigid in setting nigh on impossible tasks for their poor mount.

33. WALNUT: Protection remedy against powerful influences, and helps adjustment to any transition or change, e.g. new surroundings. Contrary to CENTAURY the person knows what he wants, but is easily influenced by other people to do something else.

35. WHITE CHESTNUT: Persistent unwanted thoughts. Pre-occupation with some worry or episode eg competing or remembering their test the next day. Will allow the mind to switch off. Mental arguments. Constant inner dialog.

36. WILD OAT: Helps determine one’s intended path of life. helps a rider to commit to a decision or for the horse that has a tendency to baulk.

38. WILLOW: Resentment and bitterness with “not fair” and “poor me” attitude.

39. RESQUE REMEDY: A combination of Cherry Plum, Clematis, Impatiens, Rock Rose, Star of Bethlehem. All purpose emergency composite for effects of anguish, examinations, going to the dentist etc.. Comforting, calming and reassuring to those distressed by startling experiences.

Our courier has increased postage prices yet again. Please see our shipping page for more information. The following items are out of stock because of shipping and supply chain delays:
Mullein leaves | Horse Radish Naturally Equine donates $1 from every sale to Canterbury West Coast Air Rescue.

Please note we do not ship outside NZ. Dismiss